Watching TV, using computer screens, texting on smartphones – liquid crystal displays are something we use on an hourly base. But, has anyone stopped to consider how this technology works? You may find the answer to be very simple.
In these displays, liquid crystals are arranged in a matrix and manipulated by an electric current to portray a specific image. What’s the difference from PDLC, you may ask? PDLC technology works in a similar way. In PDLC the liquid crystals are arranged in a scattered droplet pattern. When an electric current is applied, the droplet formations react in a synchronized manner allowing the liquid crystals to transition from opaque to clear.

This is the technology that is used in our PriWatt™ Film. Polymer dispersed liquid crystals (PDLC) is an active smart glass technology meaning it needs electricity to turn on and off.

When a low voltage is applied (the ON state), the molecules align into a formed manner, allowing light to pass straight through, and making the glass transparent. As electricity is turned OFF, the LC molecules scatter randomly again, breaking the passage of light and turning the glass opaque.

This type of liquid crystal technology can be easily controlled. The ability to change a wall, door, or window from clear to opaque can change the functionality of space. With a low power consumption of only 0.7 watts per square foot, switchable privacy film and glass can be used in a variety of applications. Smart Film can be used on commercial offices, health care facilities or residential homes to create private working and meeting spaces quickly at your fingertips. In the opaque state 97% of light is blocked and in the clear state, the film or glass allows approximately 85% total light transmission.

Perfect to increase security at your home or at work, PriWatt™ Film adds two additional layers of protection. In the off state (opaque), Smart Film will make your valuables invisible from the outside, in effect decreasing the potential of break-ins. Even when there is a break-in attempt, the smart film adds a very tough 0.4mm thick layer of added protection to your glass, which makes it more difficult for the intruder to break-in.

Contact us to learn more about PDLC technology and smart glass. 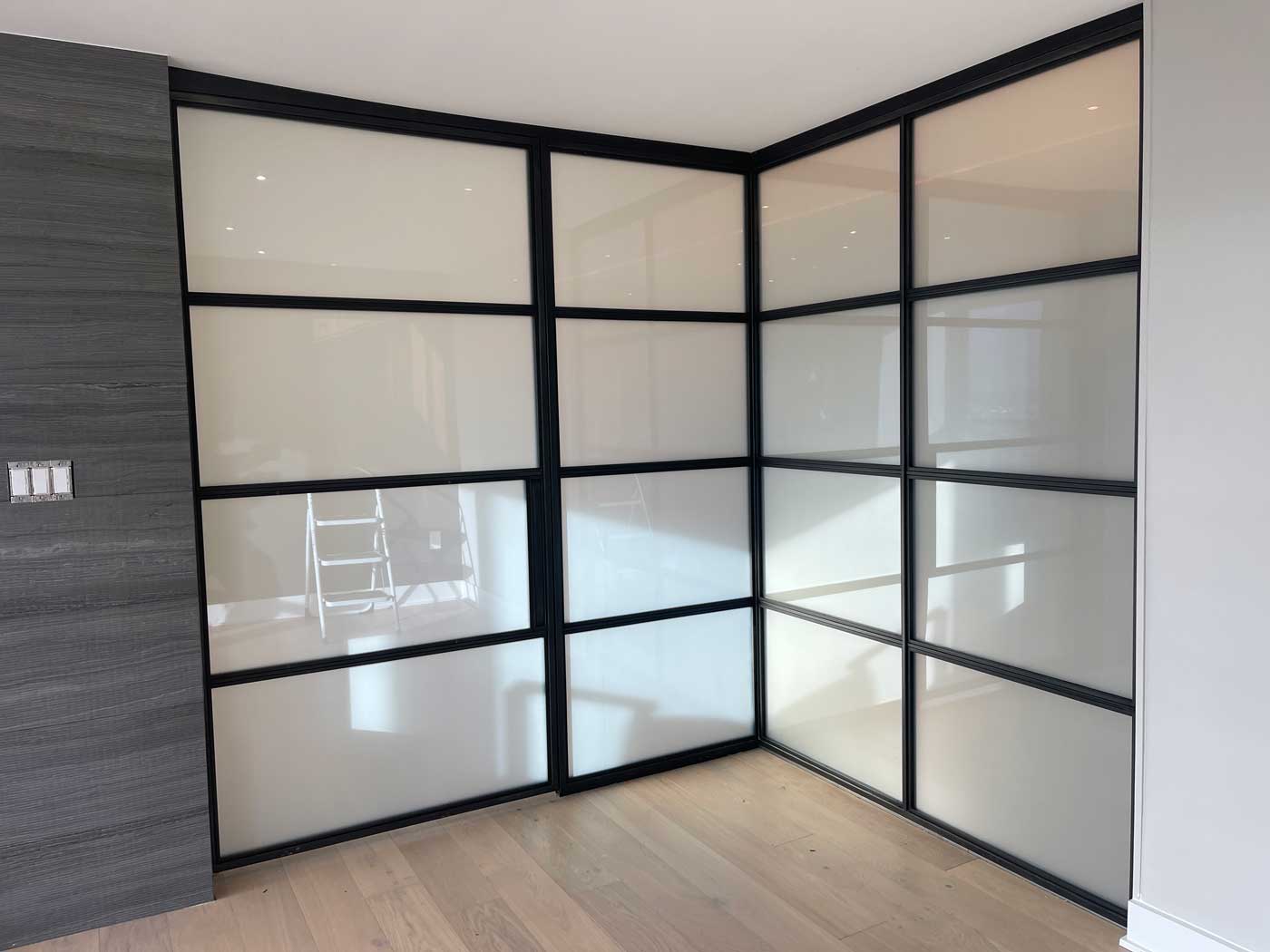 The construction project at hand is a collaboration between Allifab and Smart Glass Technologies, with the key element being switchable

This month, the world-renowned automotive company, Ferrari, chose a switchable smart glass window to reveal their first-ever SUV model to

A leading USA manufacturer of high-end sliding doors has chosen PriWatt™ Glass for a residential project in Los Angeles. The